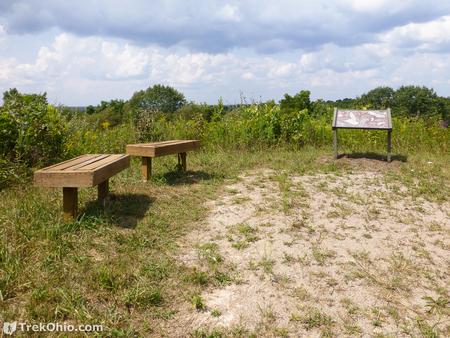 If there’s one word to describe Wayne National Forest, it would be the word “massive”. At over 250,000 acres, the forest is larger than the Mount Rainier National Park in Washington State. 300 miles of multi-use trails go through the park, including the world famous Buckeye and North Country Trails. The park is split up into 3 distinct parcels of land: The Athens Unit, The Marietta Unit, and the Ironton Unit. Overlooks, rock outcroppings, and other natural landmarks can be found within any of the park’s units. One of the most unique features of the forest is the Irish Run Natural Bridge, a 51-foot long bridge that is one of 12 documented natural bridges in Ohio.

The Athens Unit the northernmost unit of the national forest. The area is known for its steep hills, rock outcroppings, and its most unique feature; Tinkers Cave, an overhang cave large enough to hold 20 horses. One of the national forest’s most popular backpacking trail, Wildcat Hollow, makes its way through this parcel of land. Additionally, two lookout towers can be found here; the Shawnee Tower and the Snake Ridge Tower.