Shawnee lookout tower:
Built in 1939, the Shawnee Lookout tower was the last lookout tower to be constructed in the Wayne National Forest. The 100-foot tall steel tower was used for detecting fires up until the 1970’s and offers panoramic views of the surrounding forests and hillsides. The tower is listed as a National Historic Monument and was completely restored in 1994. In 2004, a strong windstorm severely damaged the tower, closing it to the public. It is unknown whether it has reopened, but if you’re already nearby it’s definitely worth trying your luck. 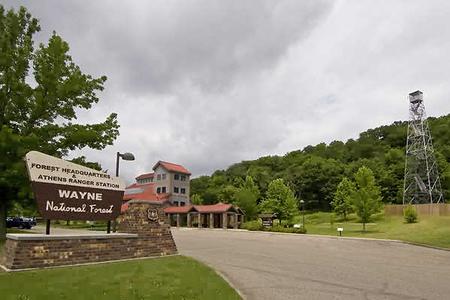