Located in the rugged foothills of the Appalachian Mountains, Beaver Creek State Park receives minimal visitors and is one of Ohio’s most underrated parks. Four miles of the Little Beaver Creek flows through the park as it makes its journey towards the mighty Ohio River. Surrounding the river is a steep rocky gorge, which rises over 400 feet above the river. If you’re a history buff, you’ll love the park’s Pioneer Village, a preserved rustic village built in the 19th century that consists of a covered bridge, a canal lock, a chapel, several log cabins and two barns. The village’s canal was once the 36th lock of the Sandy and Beaver Canal, a 73-mile canal that once saw moderate success. 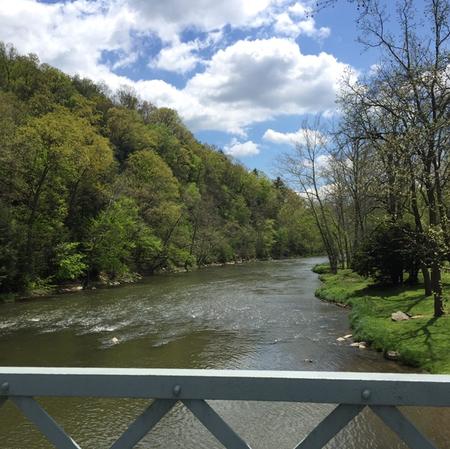