West Falls of the Black River by Nick Hoeller 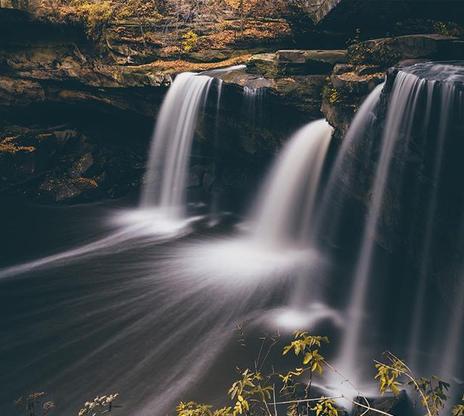 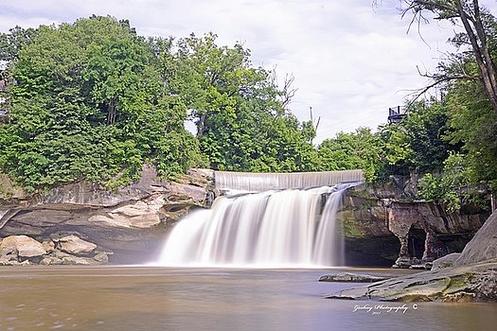 West Falls of the Black River

The more impressive of the two waterfalls, the West Falls total area (Crest x Height) comes out to around 2,800 square feet, making it larger than most American houses! Behind the leftmost portion of the waterfall water has hollowed out a 50-foot deep cave that allows you to view the waterfall from the other side. To get here, park at Cascade Park's main lot near the playground and head upstream towards the big rocks. Here the park's 1.2 mile loop trail starts. Follow either leg of the loop and you will end up here.

A local favorite, Cascade park is a 135-acre park known for its two massive waterfalls: The East and West Falls of the Black River. The land the park preserves has a history older than Ohio itself. In 1755, an 18-year-old named James Smith was captured here by Native Americans and was adopted into their tribe. In his winters here he and the tribe would fish in the Black River and gather berries in the surrounding woods. While it certainly seemed that the Native Americans wanted Smith to be part of their tribe, Smith felt differently, and escaped the tribe a few years after his capture. 139 years later, this land became a park when the wealthy Ely Family donated a plot of their land. Just recently, this park came under the jurisdiction of Lorain County Metro Parks in 2014. 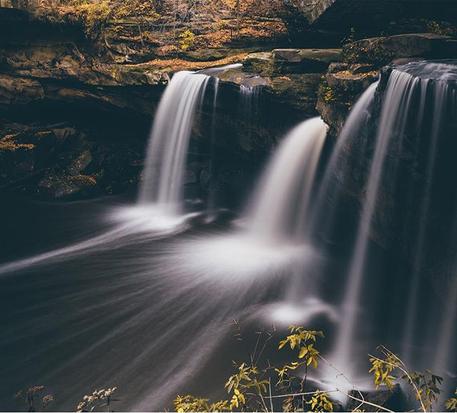 East Falls of the Black River

The East Falls are less impressive than the West Falls but are worth visiting without question. The top 10 feet of the falls is a man made spillway that holds back a small reservoir. Right next to the waterfall are the crumbling remains of an old mill. To get to the East Falls, cross over the bridge just downstream from the West Falls and follow the trail for 1/3 of a mile to reach an overlook of the falls. To get closer to the falls, continue onto a less maintained trail that descends to the right side of the waterfall.

West Falls of the Black River by Nick Hoeller

East Falls of the Black River by Bryant Goshen